LOS ANGELES, Jan. 19, 2023 /PRNewswire/ -- Mercury Insurance (NYSE: MCY) is continuing its 60-year celebration of service to Southern California communities with its 2022-23 sponsorship of the Anaheim Ducks. This marks the eighth consecutive year the two have teamed up to give fans and policyholders unique experiences inside and outside of games.

To mark the occasion, Anaheim Ducks players shared their "My First Game" experiences with fans to enjoy and relate to. Here's what some players had to say:

"It's unbelievable to be a part of the passionate Anaheim Ducks community," said Erik Thompson, Vice President and Chief Marketing Officer at Mercury Insurance. "Mercury has planned a special program this season to coincide with our 60 years of serving Southern California communities. We'll be honoring a 'Community Champion' at Ducks' home games so these unsung heroes are recognized for all the good work they do. We want them to know that Mercury appreciates them by giving each champion an incredible Ducks experience."

To nominate your Champion, simply tweet to @AnaheimDucks and explain why your nominee deserves the 'Community Champion' title and include #MercuryChampions.

"We're honored to team up with Mercury Insurance to highlight the everyday champions serving their communities," said Anaheim Ducks President Aaron Teats. "Together, we plan on dedicating this season to sharing the importance of giving back and what the true definition of community is."

Additionally, Mercury Insurance and the Anaheim Ducks this season are unveiling a fan favorite with a power-play twist, "My First Game" video series. The series features Ducks players reminiscing about their first games. It's viewable at https://www.mercuryinsurance.com/campaigns/my-first/ and Mercury invites fans to share in the fun with their own first game experiences on social media.

For more information on this year's sponsorship, please visit www.mercuryinsurance.com.

Since 1962, Mercury has provided customers with tremendous value for their insurance dollar by pairing ultracompetitive rates with excellent customer service. Mercury has earned "A" ratings from A.M. Best and Fitch, as well as "Best Auto Insurance Company" designations from Forbes and Insure.com. For more information visit www.MercuryInsurance.com or follow the company on Twitter or Facebook.

The Anaheim Ducks were born in 1992 and played their first-ever game on Oct. 8, 1993 at Honda Center (then Arrowhead Pond of Anaheim). One of 32 NHL franchises located throughout the United States and Canada, the Ducks have played to over 90% capacity crowds in their history at the 17,174-seat Honda Center. On June 20, 2005, the Ducks franchise was purchased by Orange County residents Henry and Susan Samueli. By securing the first Stanley Cup championship in franchise history in 2007, the club also became the first team from California to win hockey's ultimate prize. The Ducks have reached the Conference Finals five times (2003, 2006, 2007, 2015 & 2017) and the Stanley Cup Final twice (2003 & 2007). The club has won six Pacific Divisions titles in franchise history, including five straight from 2013-17. 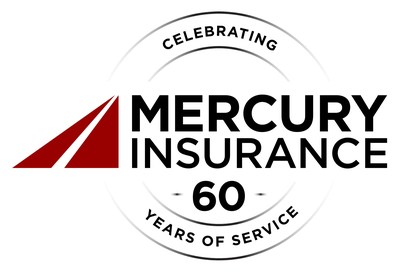