Mercury Insurance Wants to Know: Are You an LA Kings Superfan?

- Company offers fans the opportunity to win cool prizes, including $670, the average amount customers save with Mercury, and a Luxury Suite at Home
- Mercury to broadcast seven concerts on the LA Kings Instagram and Facebook pages during the first intermission of Saturday home and away games, beginning February 27

LOS ANGELES, Feb. 10, 2021 /PRNewswire/ -- Live sporting events are a lot different in 2021. From shortened regular seasons and broadened playoffs, to empty arenas to allow for social distancing, most hockey fans will be cheering on their teams from the comfort of their living room couches. Mercury Insurance (NYSE: MCY) is set on bringing the in-arena experience home as much as possible this year, especially for fans who love to show-off their fandom at every game, so the company has created the LA Kings Superfan contest and Mercury Insurance Concert Series Intermission Shows. 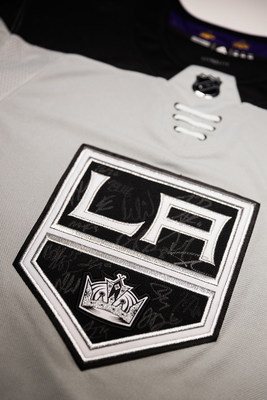 "The pandemic has put fans in the penalty box, but we're not going to let that keep us from helping our longtime partners create a great fan experience," said Erik Thompson, Mercury's vice president of advertising and public relations. "For more than a decade we've been honored to share in the passion of chanting 'Go Kings Go' at a sold out STAPLES Center. So, we want to bring that same level of excitement in Southland homes.

"Mercury's show off your Kings 'superfan' side is how we break out of the penalty box by showing the world how passionate fans are about this team."

LA Kings Superfans
The LA Kings Superfan contest runs until March 15, 2021. LA Kings fans can enter now by uploading photos and videos at MercuryInsurance.com/Kings, or tagging social posts on Instagram or Twitter with #MercuryKingsSuperfan for a chance to win. Winners will be chosen each week for prizes, including LA Kings merchandise, a Zoom call with an LA Kings player or $670, the average amount customers save when they switch their auto insurance to Mercury.

All entries will be included in the judging for the Grand Prize – a Luxury Box at Home, including:

"The LA Kings are honored to celebrate #NHLBlackHistory as our organization has planned several important initiatives to not only raise awareness, but also to specifically help create more opportunity within the sport of hockey," said LA Kings President and Hockey Hall of Famer Luc Robitaille. "We are thrilled to partner with both Mercury Insurance and with the talented Gene Noble, an up-and-coming artist who shares our vision.

"I encourage everyone on February 27 to join us for this special musical appearance by Gene on our social media channels. It is going to be a lot of fun."

Visit www.mercuryinsurance.com/MICS for more information on the intermission shows and to watch the performances in their entirety after the games.