LOS ANGELES, May 7, 2015 /PRNewswire/ -- To honor the troops who bravely serve our country, Major League Baseball's San Diego Padres and Mercury Insurance partnered for the second year in a row on April 29th to host a "packing party" to assemble care packages for Marines and Sailors from I Marine Expeditionary Force, Camp Pendleton California. More than 50 Mercury employees and agents, Padres players and community representatives stuffed 1,000 backpacks in right field at Petco Park following the April 29 Padres-Astros game.

"Mercury employs a lot of veterans and, as a veteran himself, our founder and board chair George Joseph has always been supportive of employees who serve," said Kevin Kellum, a Mercury claims officer and a captain in the Army Reserves stationed at Camp Pendleton. "Nothing compares to the feeling of receiving a package like this, knowing that people care about you and appreciate the sacrifices you're making for your country. I'm really proud to see how Mercury employees have embraced our initiative to thank Marines and Sailors, which started as a small effort in one office and has reached major league proportions at Petco Park."

Each Marine and Sailor will receive a Padres backpack, hat, notecards and baseball, along with a bag of Cracker Jack and toiletries.

"The Padres are proud to partner with Mercury for the second straight year to assemble care packages for the brave men and women currently serving our country," said Tom Seidler of the Padres ownership group. "Reinforcing and growing the club's longstanding commitment to supporting our military and first responders and their families is a high priority for our ownership group, and we commend partners like Mercury that share that commitment."

The Mercury Insurance packing party is an employee-driven initiative that began seven years ago under the direction of Monica Nungaray, a Mercury underwriter whose eldest son was serving in Afghanistan at the time. This is the second year that Mercury and the Padres have come together to assemble baseball-themed care packages for our troops.

"These patriots risk their lives to protect our freedom so the very least we can do is send them a little something to let them know that we're thinking about them and that we value their leadership and heroism," said Nungaray. "I never imagined this event would grow so large but it warms my heart that others volunteer their time to make someone else's day, just as servicemen and women give their time to protect our nation." 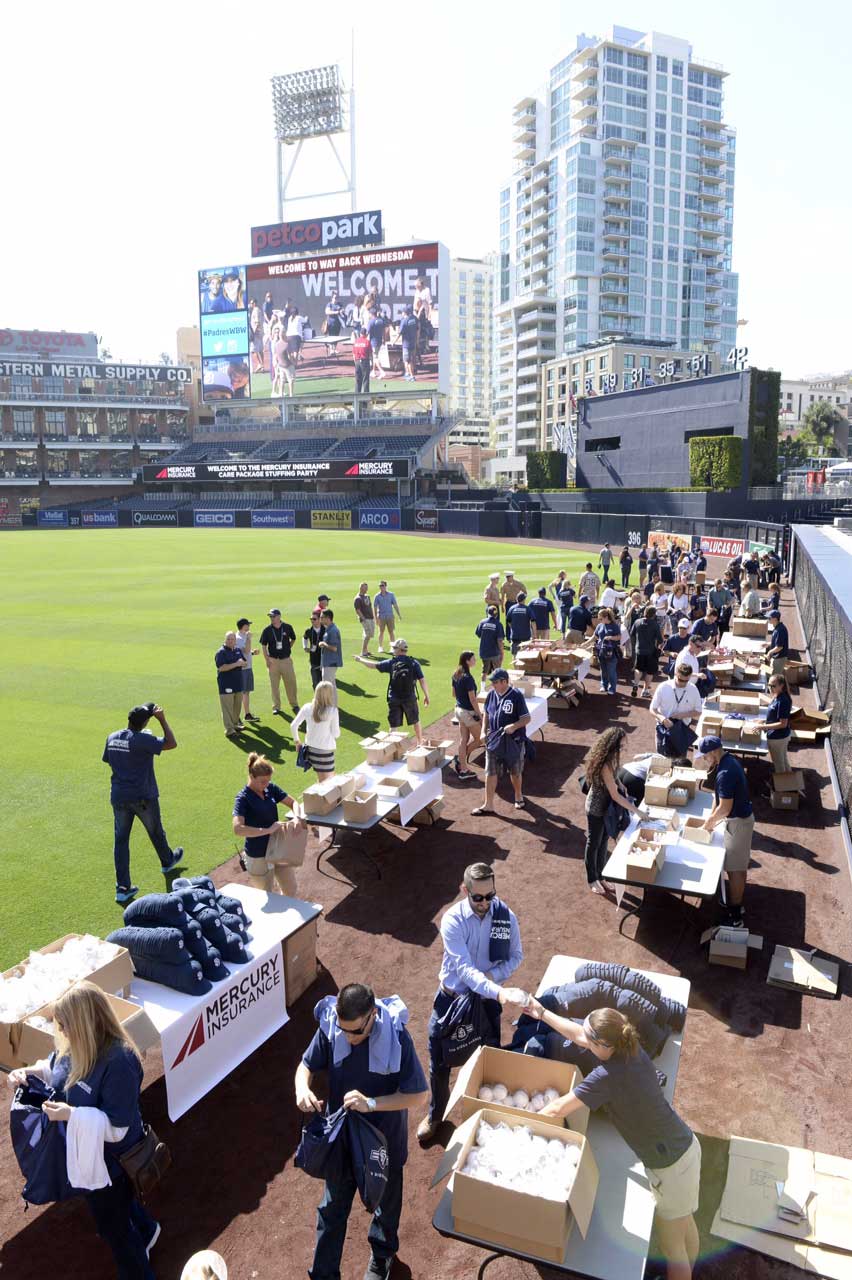 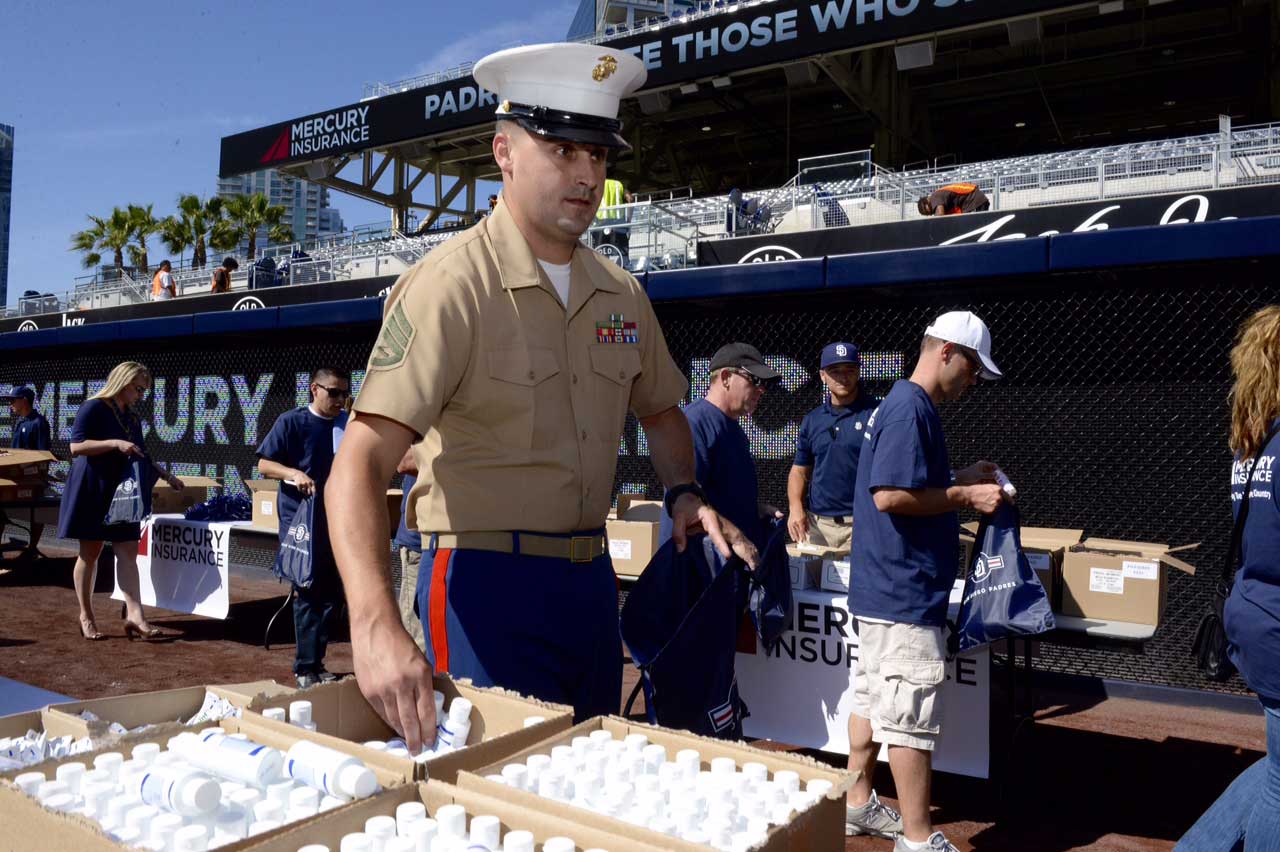