LOS ANGELES, July 3, 2014 /PRNewswire/ -- The Fourth of July is an excellent time to take a moment to acknowledge all of the men and women who are bravely serving in the United States military at home and overseas. Major League Baseball's San Diego Padres and Mercury Insurance are doing more than just saluting our troops' service, as the two organizations partnered to host a "packing party" yesterday to assemble care packages for Marines and Sailors from local bases – Camp Pendleton and MCAS Miramar – currently deployed in Afghanistan.  More than 50 Mercury employees and agents, local little leaguers and Padres pitcher Ian Kennedy and community representatives stuffed 1,000 backpacks in right field at Petco Park following the July 2 Padres-Reds game.

To view the multimedia assets associated with this release, please visit: http://www.multivu.com/players/English/7264451-mercury-insurance-san-diego-padres-assemble-care-packages-for-afghanistan-troop/

"The Padres consider it a privilege to recognize and thank our active duty, reserve and retired service members, veterans, and their families on a regular basis," said Padres Vice President of Corporate Partnerships Jarrod Dillon.  "It's inspiring to have partners like Mercury, who actively seek opportunities to maximize our partnership and make a difference in the lives of our deployed service members."

Each package contained a Padres backpack, hat, notecards and baseball, along with a box of Cracker Jack and toiletries.

"Mercury has always been a big supporter of the military," said Stephanie Behnke, Mercury's claims innovation director. "Our founder and board chair George Joseph is a World War II veteran who flew 50 missions over North Africa and Italy and he has always been very supportive of employees who serve. When I got my papers to deploy to the first Gulf War, Mr. Joseph called me and said he would watch over my son while I was gone. It was unreal. I was a single mom deploying to a conflict and the owner tells me to focus on the job at hand and he'll take care of the rest. And Monica Nungaray, a Mercury underwriter, started Mercury's packing parties in 2008 – as a little event in her Camarillo, (Calif.) office – after her eldest son began serving with the Marines in Iraq."

Six years later, that fledgling event has made it to the big leagues, with supplies for the troops spread across the right field grass at Petco Park.

"Many Marines and Sailors never even receive a piece of mail, let alone a care package," said Nungaray. "These Marines and Sailors risk their lives and endure harsh conditions every day, so the least we can do is provide a little touch of home to let them know how much we appreciate their service." 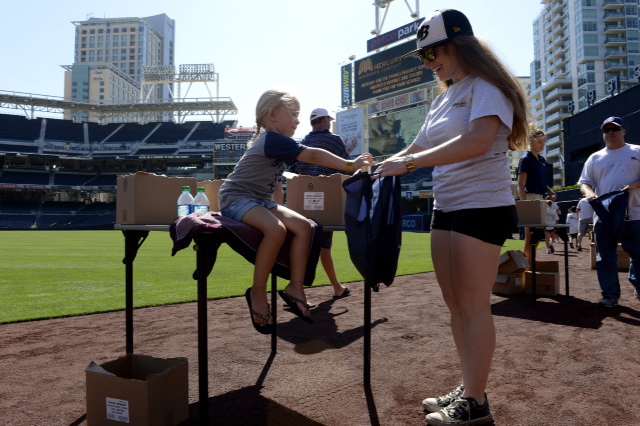 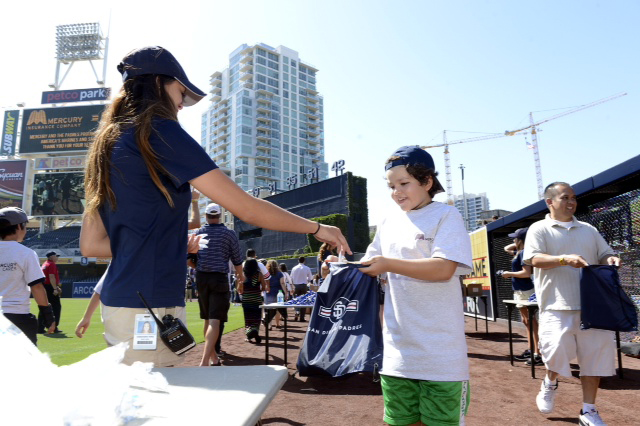 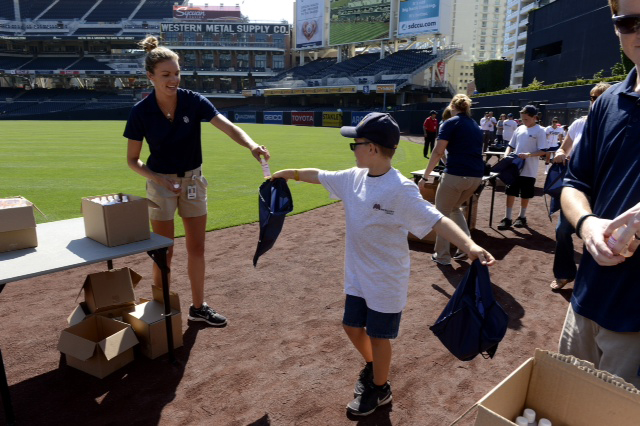 To view the multimedia assets associated with this release, please visit: http://www.multivu.com/players/English/7264451-mercury-insurance-san-diego-padres-assemble-care-packages-for-afghanistan-troop/